Bowser Jr, commonly known as BJ, is a minor character on The Toad Show and a contestant on Toadal Drama Island. He was a former member of the Killer Koopas until he was the 1st eliminated of Toadal Drama Island. He is currently in an alliance with Mario and helps him cheat in the game. He placed 26th which is last place overall.

BJ was the final Koopaling born to Bowser Koopa. Peach is his mother and Bowser drugged her out to have a kid with her. She was never aware of this. Since Bowser had no land to give BJ, he gave BJ Darkland and they rule it together. Having so much time spent with his father, he developed a closer bond to him. This close bond shows when he brings BJ places that he would never bring the Koopalings such as sports events and Mario kart. This causes the Koopalings to have intense jealousy towards BJ.

BJ is very arrogant. He thinks he is better than everyone. BJ has had little interaction with other people do to being home-schooled. He'll show off for people but usually blows at it. BJ is very bossy and wishes to be treated as the prince he is. However he cannot capture the realization that real people aren't his lapdogs and that he can't order them around. BJ is very unlucky and is often beaten up and made fun of.

BJ's elimination roots from many different aspects of the first episode. First is when he gets to the dock and calls everyone "things". Roy replays by beating the tar out of him. During the first half of challenge, BJ jumped off the cliff. He successfully landed in the white ring but hit every bump on the way down, implying he sucked at challenges. But BJ's most important reasons for elimination came from part 2 of the challenge. He stated that "due to his awesomeness" someone had to carry him. That someone happened to be Yoshi. Yoshi got tired and left him in the forest. BJ refused to move until somebody carried him. The Killer Koopas won the challenge until Mario pointed out BJ's absence. Toad declared the Screaming Shy Guys as the winners by default and the Killer Koopas were sent to elimination. Between him and DK, he was the first eliminated from Toadal Drama Island. 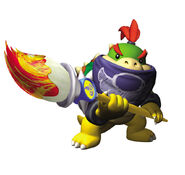 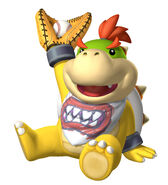 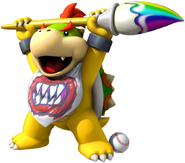 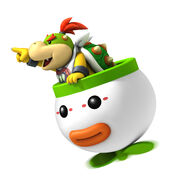 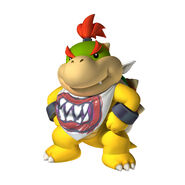