Donkey Kong is a supporting character on The Toad Show and a contestant Toadal Drama Island. He is a member of The Killer Koopas and has no alliance.

Donkey Kong was born in The Konga, a forest in the Mushroom Kingdom. He had many family members and his dad, Cranky Kong, once fought with Mario. One day while he was out eating bananas, he tripped and fell from his tree. The force of the impact shattered his skull and rearanged his brain. He came back to life a few short hours later. The other Kong's worshiped him for his resurrecting powers and made him the tribe leader. The Mushroom Kingdom got word of this. So they ordered a team of Mushroom Retainers to capture him and bring him to the castle. E. Gadd studied how DK could revive himself so he could replicate it. He never found an answer of why he wouldn't die. Since then DK has become a perminent resident of The Mushroom Kingdom.

Dk's main thing is his constant demise. The guy cannot catch a break. He dies at least once in every video he appears in. While other characters die often, DK dies the most. His death's are often random and absurd. They can also be gruesome. DK has some anger issues too and yells at the others alot. Whenever he gets mad he usually gets killed. DK seems to be a slave to the others, forced to carry much of the others stuff.

DK has little to no friends. Luigi, Iggy, and Blooper are debatable friends. He hangs with them often during Toadal Drama Island, but Luigi deliberately killed DK over Bowser in Party of the Century. Stating that "he was more fun to kill". Nobody really cares about DK. His dad, Cranky, sees him as weak along with his cousin, Diddy. he has no real enemies, people just kill him alot. Toad, Mario, Luigi, and Bowser are among many who have killed him purposely.

DK has many death's. The reason for his resurrections are unclear. Some say he can just regenerate dead or broken parts. Others say he has hundreds of 1-ups stored in his fur. Regardless, DK has the highest death count on The Toad Show and Toadal Drama Island. Here is a list of Dk's many death's. 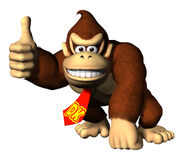 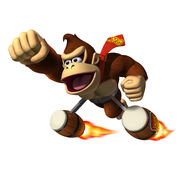 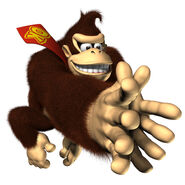 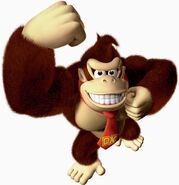 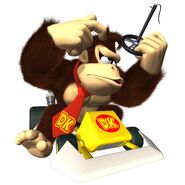 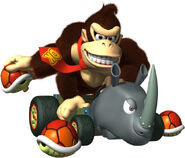 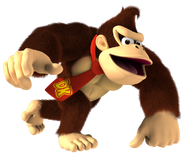 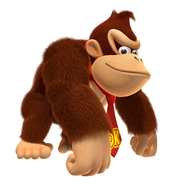 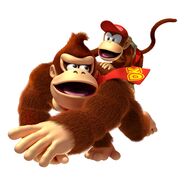 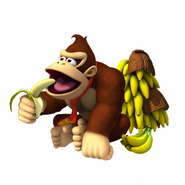